What is the difference between demolition and deconstruction?

Demolition requires a considerable amount of equipment and technology throughout the process. Deconstruction involves dismantlement of a structure by hand therefore deconstruction is more labour intensive and time consuming. At the end of the day the goal is the same.

What qualifications are needed to perform professional demolition?

How much does demolition of a house cost?

Demolishing a house costs an average of $18,000 varying on many factors.

How is demolition cost calculated?

How much does commercial demolition cost?

On average, commercial demolition in Canada costs around $10 per square metre. Generally speaking, the cost per square meter will decrease as the size of a project increases. There are several factors, aside from the actual cost of the demolition procedures, that affect the price. These include permit fees, project size, building materials, and the cost of cleanup and disposal. The last factor is also affected by whether or not there are any hazardous waste materials that need to be disposed of.

Are there any special regulatory requirements involved with commercial demolition?

Aside from the necessary permits, which differ from site to site, one of the critical requirements involved with any demolition is to comply with the stipulations of the Clean Air Act. The procedures for any hazardous air pollutants must be followed closely. Some operations are prohibited from releasing any visible emissions into the air and must be careful to remove all hazardous materials as per regulations.

How is commercial demolition done?

There are several ways to demolish a commercial structure:

How long does commercial demolition take?

Once the site is prepared, it can take anywhere between three and seven days for a demolition to be completed, depending on the site and the size of the project. Larger buildings in the city centre can take a little longer, for example.

Why is asbestos removal so important?

In buildings that contain asbestos, crews need to take special care to remove this hazardous material carefully. When asbestos is disturbed – such as during a demolition, the fibres can easily be inhaled, leading to extreme health risks.

Is it necessary to test for hazardous materials before a demolition?

In addition to asbestos, there are several other materials that could cause severe health risks on a building or demolition site. The Occupational Health and Safety Act requires that the project owner identify all hazardous materials on site and take appropriate safety measures before the demolition goes ahead.

For more information on commercial demolitions in the Toronto Area, contact Pro-Demo.

Methods used to demolish buildings & why

Implosion
Implosion is one of the more dramatic approaches you can take when it comes to demolishing a structure.  This method involves a large amount of safety equipment along with explosives. The explosives are used to knock out a structure’s primary vertical supports, causing the building to collapse from the inside out. Implosion is often used to demolish large structures in urban and industrial areas.

There are many components that contribute toward a safe and successful demolition. This process includes a professional and highly trained blaster crew that studies the structural blueprint of the property. This allows the crew to see exactly where certain areas need to be blasted, what kind of explosives need to be used, where to position them and at what time they need to be detonated.

High Reach Arm
A high reach arm is a machine that is used as an alternative to the implosion method. This method is typically used on buildings that exceed the height of 6 stories and up. This method involves a base machine, such as an excavator, fitted with a long demolition arm consisting of three sections or a telescopic boom. Demolition tools, such as a crusher, shears, or a hammer are attached to the end of the arm and are used to break up the building from the top down.

With this process a highly qualified and experienced crane operator will perform the wrecking ball demolition as there are many factors to consider, such as location, power lines, the size of crane and more.

Selective Demolition
In today’s day and age we have become more conscious of waste and what it is we can do to reuse and recycle materials around us. In this industry we are driven by the same motive, selective demolition can sometimes also be referred to as a strip out. As you can imagine there is a long list of materials both interior and exterior that can be reused and recycled by builders to be used in new structures in the future.

Functions of a demolition contractor?

A demolition contractor plans and oversees the safe and efficient demolition of buildings and other structures including sorting waste and final clean up.

The process includes finding out the pre demolition information. This could mean anything from demolition planning to applying for permits that may need to be in place before the demolition takes place.

What impacts the time it takes to demolish a building?

What does Controlled Demolition mean?

In a controlled demolition, the experts make sure that the surroundings of a particular structure are not impacted.

Demolition is the process of de-construction

Construction is the process of building.

What are demolition materials?

Demolition materials are a large and diverse variaety of materials that are collected during the process. These materials can include anything, such as aggregate, concrete, wood, paper, metal, insulation, and glass that are usually contaminated with paints, fasteners, adhesives, wall coverings, insulation, and dirt.

What is demolition debris and waste?

How do you manage demolition waste & costs?

Our team is highly qualified to manage the waste that comes from your demolition or construction site!

When dealing with waste materials that come from demolition and construction sites there are few factors to take into consideration, bad planning can lead to an unnecessary amount of waste.

We consider things like separating waste, having designated areas for hazardous materials  and more. Contact Pro-Demo for Debris and Waste management solutions.

Get a Quote Today! 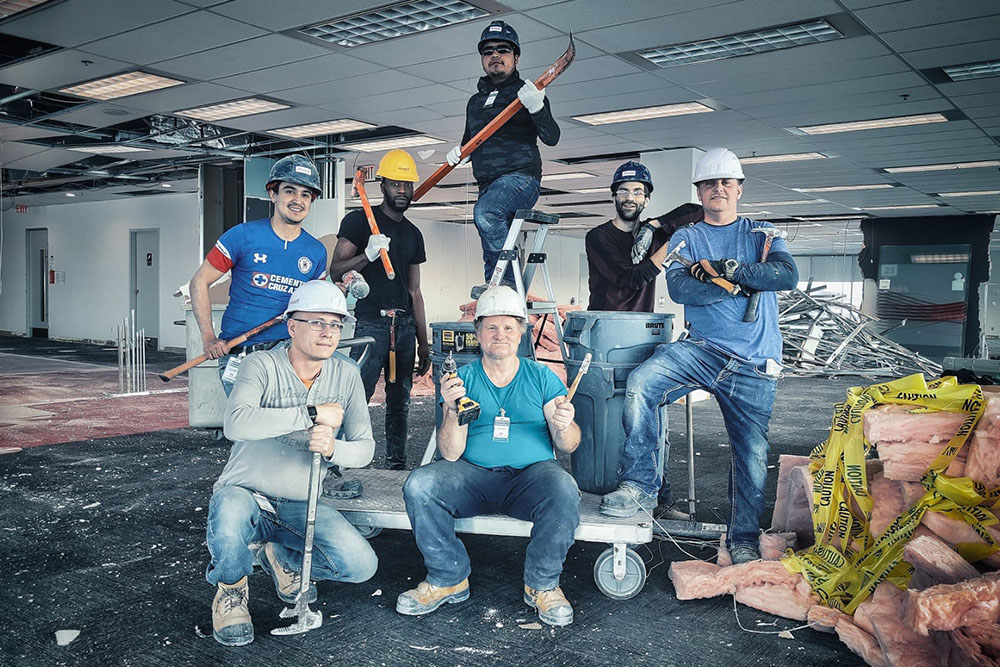 Our team would love to hear from you!

We are a hard-working, client-oriented team and have served Toronto and the surrounding area for over 10 years. We continue to build our reputation and our networks to perform quality work and/or general contracting services for specialized applications.

Our project team is highly safety trained,fully insured, reliable and on budget.